Standing the center of Downtown Roanoke. 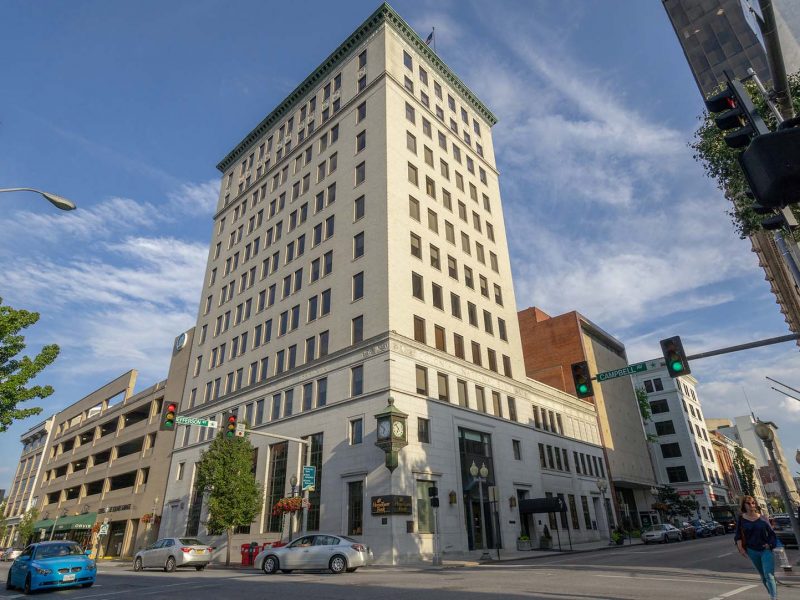 Privately Owned Units — Not For Rent

Built during the 1920’s this building has helped to define the Roanoke City skyline for nearly a century. Centered on the corner of Jefferson Street and Campbell Avenue, 204 Jefferson stands literally and figuratively in the center of Downtown Roanoke. Opened as the headquarters for the Colonial American Bank, it has in the years since housed many of Roanoke’s most preeminent commercial firms. Converted into twelve residential apartments in 2006, 204 Jefferson entered a new phase in its storied history as home to many of Roanoke’s most respected and well regarded families.